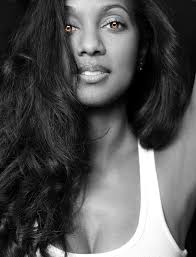 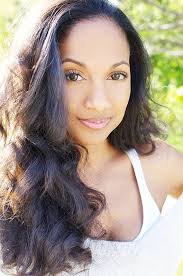 JaNae Armogan is going to achieve stardom as an actress. She believes it with every breath and fiber of her gorgeous self; her immediate family: both her relatively successful model sister Shanna and her ultra supportive mother Jan believe it; we now have absolutely no reason to doubt it. Anyonewho has the privilege of meeting her in person and chatting with her will automatically become a believer too. Such is the strength of JaNae’s passion and dedication to her chosen acting career. Her unwavering conviction in her impending stardom. Besides, as she mentioned to us, her beloved Guyanese-born father John Armogan who sadly passed two years ago, is now up in heaven seated close to God urging him at every opportunity to give both of his lovely twin daughters, JaNae and Shanna, the success they so richly deserve.

With such divine power on her side, who can doubt that JaNae’s acting star is indeed destined to shine. JaNae’s persona seems tailor made for acting. She is very pretty with beguiling eyes and a sapodilla-brown complexion. The first thing you notice about JaNae though is her voice. In a word it is melodious. Very warm, most welcoming and ultimately totally engaging. So much so that a telephone conversation intended to hastily make arrangements for an in-person meeting, turns very quickly into a most enjoyable extended discussion that one feels reluctant to end. Such is the enrapturing warmth of JaNae’s voice. It draws you in and holds you captive. In person with a smile that’s dazzling in its brightness yet which has a hint of mischief, JaNae’s warm, trusting nature shines through.  In that she’s very different from her twin sister Shanna. 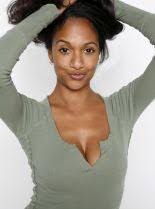 The combination of Shanna’s own natural beauty and her chosen profession as a model, makes her, understandably, initially very cautious in her interactions. With Shanna the distinct impression one receives is that her trust is not easily given, but rather it has to be well earned. You also get the feeling that even when given it might be just as quickly withdrawn. Should you provide even the slightest hint of being an unworthy recipient, in any way, shape or form.

JaNae is quite the opposite. She trusts easily, seemingly always starting from the innocent belief that there’s good in everyone. That anyone should be given the benefit of the doubt until proven otherwise. She would be the type of juror that Defense Attorneys of hardened criminals would love to have.

Apart from their inescapable prettiness, what both sisters share is an obvious intelligence and captivating eloquence. To listen to JaNae describe the acting roles she has held so far is akin to being in the theatre yourself, watching the part unfold. Listening her speak one has absolutely no doubts about her talents as an actress.

Although her God given talents are so obvious for all to see, acting wasn’t JaNae’s initial choice as a career. During high school she actually wanted to be a track athlete and was quite good. An injury on the track during an event however, put paid to her dreams of athletic stardom. She was told by her Doctor, in no uncertain terms, that further aggravation to what was already a very serious injury might leave her unable to walk.

That she says was a wakeup call that forced her to look in other directions. A firm believer in the fact that “everything happens for a reason and in its own time”, she says that her life then went almost miraculously in a totally different direction. She always had a thing for the Arts, but it did not really take effect until she watched the film “A Low Down Dirty Shame”. It was the boldness and attitude of Jada Pinkett’s portrayal of the lead female character that grabbed her interest in both her acting abilities and real life. She told her Mom, that she wanted to be an actress, to which her mother’s supporting, loving response was “you can be whatever you want to be.”

Armed with such loving support, JaNae decided to work on her acting. She joined the Improv and Drama teams in school, activities which quickly caught the attention of her coach and first agent Marguerite Jack- Vermay.

Also known as Ms. Jack, Marguerite saw something natural in JaNae that the world needed to see. She took JaNae under her wing and helped her land the lead role in the school production of “CABARET”. JaNae’s performances left her audiences tremendously impressed.

From that start JaNae then entered the International Modeling and Talent associations (IMTA) competition in Los Angeles in 2004. She took home four awards including “Actress the year”.

Realizing that she had indeed discovered her true calling in life, she embarked on building her career with dedicated focus, auditioning for plays such as “The Kink in my Hair” and “The Lion King” winning call backs for both plays. She was discovered during a workshop by an agent while doing a monologue piece from the hit T.V. show “The Kink in my hair.” It was that workshop discovery which is now leading JaNae to becoming the strong bold female character that seems set to launch her to impending stardom.

Her career highlights to date, as listed on her official Bio, are indeed impressive. She has had the opportunity to be on the cover of an online fashion magazine called “Fashions Studio 7," has done print-ad modeling for Canon photos, Canadian Tire, Jerry’s Skating world magazine, music videos for Jared Letos Thirty seconds to mars, and new & upcoming artist Ashraf, as well as television shows such as “Queer as Folk”, “Tilt”, “Warehouse 13”. Just to name a few.

JaNae also auditioned for and won the role of “Vivian” in writer MASON HAIGH/ Executive producer Cleon Morgan’s short film “Sleeping Dogs Lie”, which has been accepted literally all around North America. Further success has been captured by a principle role in Mindscape film/Revolution Productions “Left for Dead” written and directed by Chris Harrison, a comedy T.V. movie. She’s also had roles in “Curse of the Iron Mask” directed by Bill Marks, two drama features called “The Asylum” and “The Guardian”, two pilots “Against the Wall” and “The L.A. Complex”, as well as the big hit series “Rookie Blue. This coming March 14, 2012 she will be appearing in an episode of “King”, which will air on Showcase and Global. 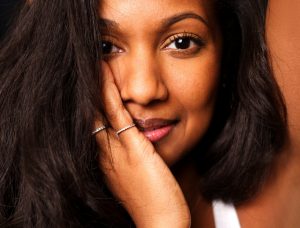 As the twin daughter of her American mother Jan and Guyanese/Canadian father John, JaNae enjoys the luxury of dual citizenship. She’s actually currently in LA, busily exploring opportunities in her chosen field. We caught up with her in person just before she left, engaging in a conversation that was so enjoyable it could have continued for hours.

JaNae spoke freely, eloquently and passionately about her career as an actress and her experiences to date. She describes herself as a “working actress”, who considers herself as being very blessed and fortunate enough to be able to live off of her craft.

The success she has enjoyed to date has not come easily. Like most she’s had her ups and downs. In an industry that is so highly competitive and which can be downright cutthroat at the best of times, she’s had to develop a very thick skin as a fundamental requirement for perseverance.

“I’m a firm believer in never giving up because there really is no time limit in your passion, when things are slow you can find ways to keep yourself occupied”.

To keep herself occupied in-between acting roles, JaNae works part-time at the Roger’s Center . She is a huge baseball fan, with the Blue Jays naturally being one of her favorite teams. She also tries to stay true to her father provided Caribbean roots, often indulging in “island food” and engaging in cultural activities such as the Toronto Carnival, formerly known as Caribana, whenever she can.

Fortunate to have rubbed shoulders with some of acting’s brightest stars, she says her career has been influenced by the likes of Colin Farrell, Sean Penn, Leonardo DiCaprio, Johnny Depp, Don Cheadle, Denzel Washington, Angelina Jolie and Jada Pinkett-Smith. All of whom have impressed her as being very talented individuals but who also like her love what they do.

“It’s not about the fame and I feel I can learn a lot from them” she says.

The biggest influence on JaNae’s life and career though is unquestionably her father John Armogan, whom she describes, emotionally, as the most wonderful man she has ever met. Still saddened by his untimely passing roughly two years ago, she says he was the perfect father, totally loving, easy to talk to, tremendously supportive and immensely proud of all of her accomplishments. She takes strength from the knowledge that he is now in a much better place. Enjoying her progress from his heavenly view and as previously mentioned constantly urging God at every available opportunity to help her be successful.

As naturally beautiful, talented and focused as she is, and blessed as she may be with such divine assistance, there’s no doubt that JaNae’s star will very soon shine bright for all the world to see. 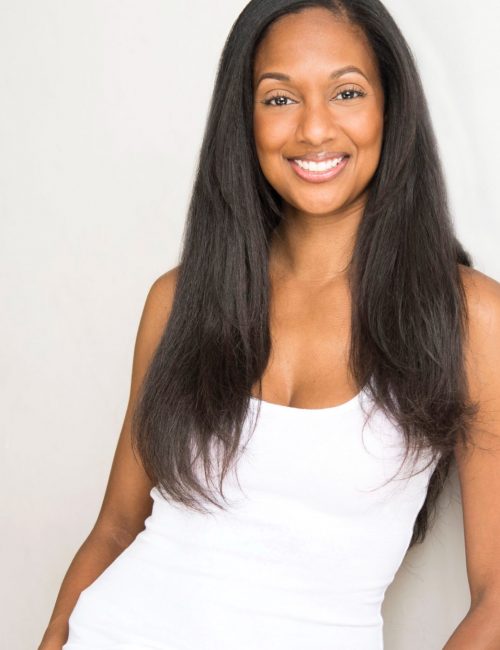 Her voice, that which you immediately