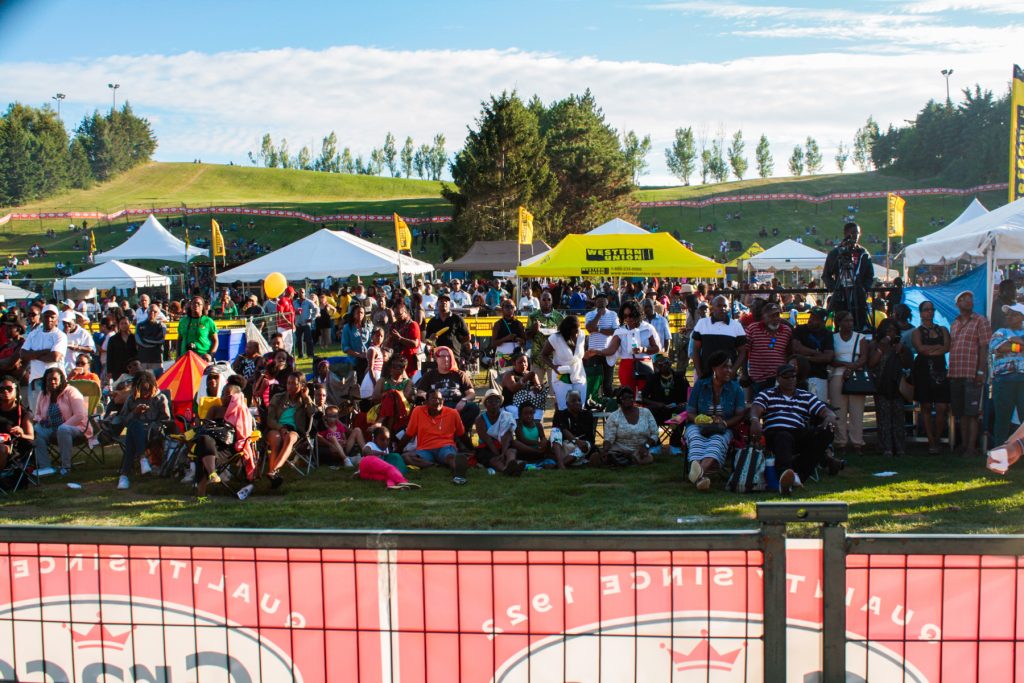 Long before the skies had opened just after 8:00 pm and the rains came to place a huge damper on the continuing celebrations, thousands of entertainment appreciative Torontonians had descended on Etobicoke’s Centennial Park to avail themselves of a sampling of the delights that the seventeenth annual 2o18 Grace Jerkfest 2018 had to offer. Grace JerkFest is a three-day annual event celebrating jerk cuisine and Caribbean culture that draws thousands of visitors each year. There was certainly lots on offer for attendees to enjoy this year.

The 2018 Grace JerkFest August 11th and 12th attractions also included Celebrity Chef La-toya Fagon’s demonstration of various signature dishes in live workshops, including jerk patties, and Chow Mein noodles with chopped roast chicken and jerk. Attendees were provided with the opportunity to walk through the Grace Foods Experience Tent, which was set up like a marketplace allowing them to purchase Grace products.

The August 12th activities featured the 1st Annual Grace Junior Chef Competition, which provided an opportunity for four young aspiring chefs to demonstrate their culinary skills and promote a passion for healthy eating and a healthy lifestyle. Nine aspiring Junior Chefs participated in the Competition for which Chef La-toya Fagon served as head judge.

As a perennial major sponsor Western Union was also on-site. The Western Union tent proved to be one of the Festival’s most popular attractions as visitors were allowed the chance to win actual cash and several other attractive prizes in a uniquely entertaining slot game.

Above everything however GraceJerkfest is all about the food. As in previous years attendees were provided with ample opportunities to experience the tantalizing tastes, mysterious flavors & captivating aromas of unforgettable jerk food- chicken, pork, beef, lamb, seafood & vegetables. True to its promotional billing GraceJerkfest did indeed have something for everyone to enjoy including fun & food for the whole family