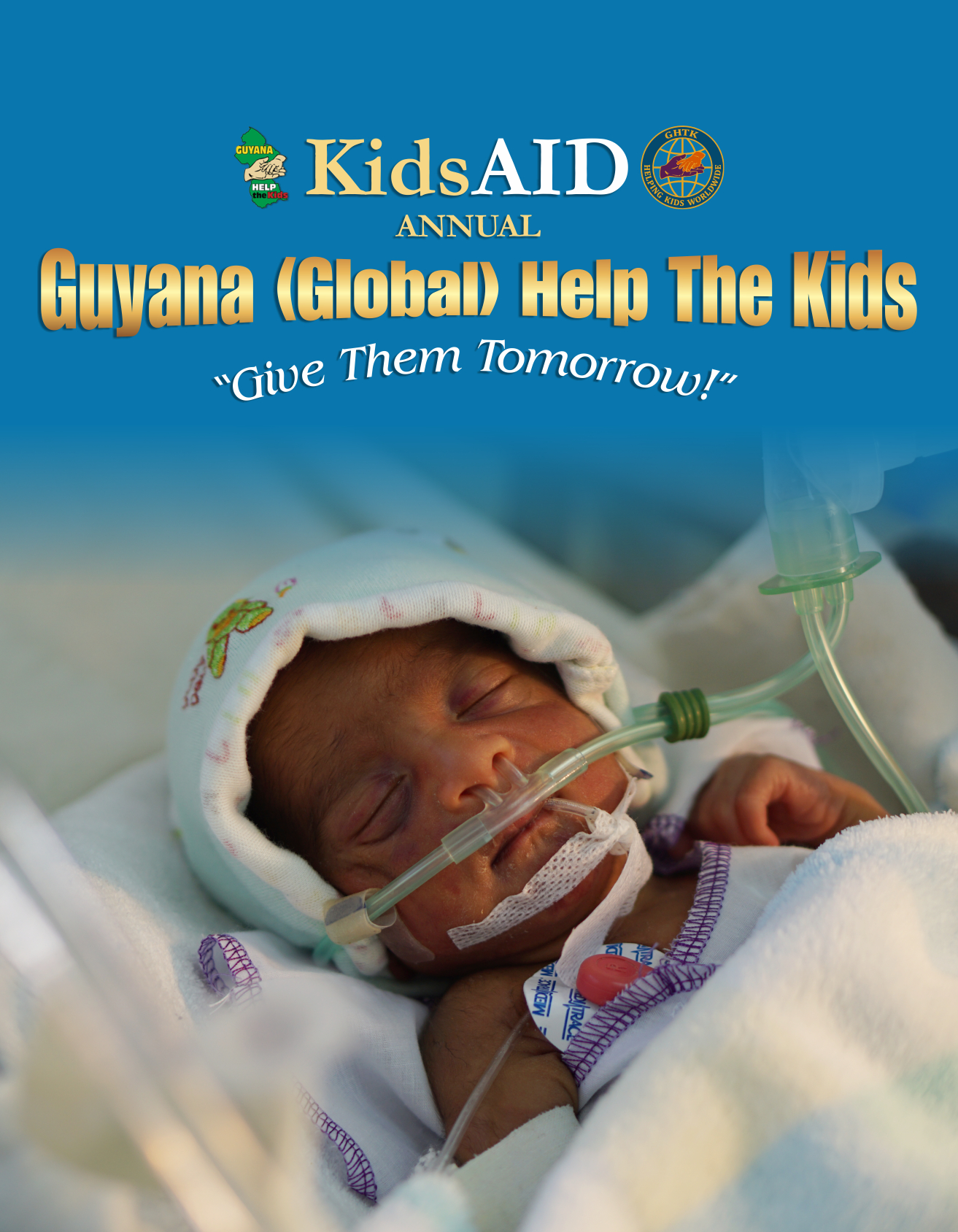 Among the many exciting activities earmarked for this year’s Guyana Help The Kids (GHTK) 8th Annual Dinner & Dance Fundraising Gala, will be the launching of the KidsAID, as the GHTK's Annual Magazine. Published by Tony McWatt, as a 64 page 8.5" x 11" glossy magazine, KidsAID's Premiere Issue chronicles the GHTK's now eleven year evolution as one of Canada's most dynamic and efficient Charities.

Copies of KidsAID 2018 Premiere Issue will be provided to each of the GHTK's October 13 Gala attendees. The Gala will be held on October 13th, 2018 at the Woodbine Banquet Hall & Convention Center, 30 Vice Regent Blvd, Etobicoke.

This year’s eight-anniversary theme for the Guyana Help The Kids October 13, 2018 Gala is Havana Nights. A 600 sold out capacity attendance is anticipated for the evening of celebration and continued commitment to Guyana Help The Kids’ great work. A digital copy of the KidsAID magazine will be available, post Gala, on the GHTK website: https://www.guyanahelpthekids.com

The Guyana Help The Kids (GHTK) is a registered Canadian charity with the goal of decreasing the neonatal and infant mortality in developing countries, particularly in Guyana. Founded in 2006 by Guyanese-born Canadian Pediatrician Dr Narendra Singh, GHTK’s major focus has been on providing comprehensive education to Guyana’s local physicians, nurses and other allied healthcare professionals. To ensure their long-term success, GHTK has assisted with the procurement of specialized equipment to further elevate the level of neonatal care.

The initial part of GHTK’s Guyana oriented initiatives has been focused at the Georgetown Public Hospital Corporation (GPHC). GHTK’s donations have resulted in the opening of a new neonatal intensive care unit (NICU), which has been complimented by the establishment of innovative pediatric residency and neonatal nursing programs. GHTK’s efforts were successful in decreasing the neonatal mortality at GPHC by forty percent (40%) in its first year.

The implementation of GHTK’s shared vision with the Ministry of Health in Guyana has allowed the impressive expansion of its activities to regional hospitals in New Amsterdam, Linden, Suddie and West Demerara. NICU’s have also been established in all four of these areas.

The Annual Dinner & Dance Gala functions as Guyana Help The Kids’ main source of fundraising for the finances required to fund the pursuit of its mission to decrease Guyana’s neonatal and infant mortality rates. Since its 2006 founding, Guyana Help The Kids has generated and donated hundreds of thousands of dollars towards the improvement of Guyana’s pediatric care facilities.

New And Improved Triple Play Sounding Better Than Ever!