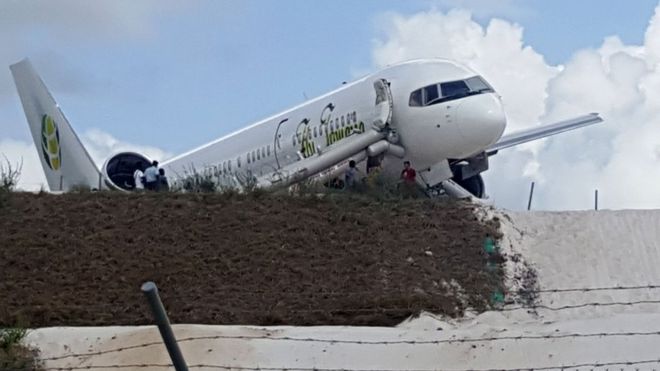 On Friday, November 23, 2018, Howie, Sacks & Henry LLP and Camp Fiorante Matthews Mogerman LLP, in Canada, filed a class action lawsuit with the Superior Court of Ontario against Fly Jamaica for injuries and losses sustained on Flight OJ256 on November 9, 2018.

On November 9, 2018, Fly Jamaica Flight OJ256 left Guyana’s Cheddi Jagan International Airport headed for Toronto shortly after 1:00 am EST, the Canadian Newswire statement said.
The Boeing 757, carrying 84 Canadian passengers, was forced to return to the airport 20 minutes into the flight after experiencing hydraulic problems.
The plane overshot the runway and crash landed. Several of the plane’s tires blew out and its right engine became dislodged from its wing as the plane came to a stop metres from a deep embankment.
Passengers suffered a variety of injuries, and lost belongings that were left on the plane after evacuating, such as jewellery, cash and electronics. Passengers also had to reportedly arrange and pay for their transportation home. The class action will seek to obtain appropriate compensation for the damage caused to the passengers.
John and Tulsidai Somwar are the representative plaintiffs for the proposed class action.

“I am honoured to have the opportunity to work with Camp Fiorante in representing this proposed class. We will hopefully be able to assist this group of people in finding answers surrounding the accident and help them recover their losses,” says Howie, Sacks & Henry (HSH) partner Paul Miller. He was previously co-lead counsel with Camp Fiorante for the victims of the 2005 Air France crash at Toronto’s Pearson airport; HSH associate Valerie Lord, a passenger on that flight whose experience seeking compensation prompted her interest in pursuing a legal career, is also a member of the team pursuing the class action. 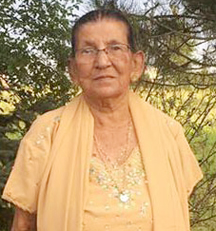 One person, 86-year-old Rookhia Kalloo, died shortly after the incident. There has been no determination on whether her demise was in any way related.