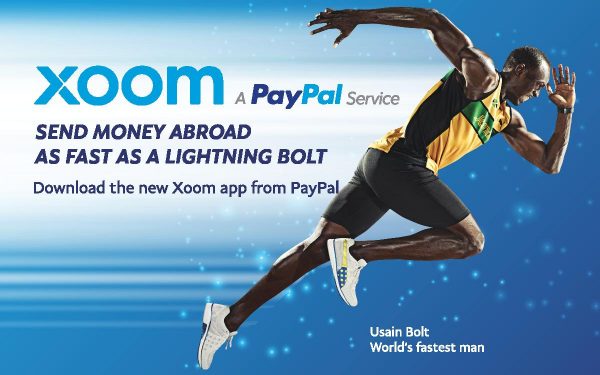 Recently launched within Canada, the Pay Pal owned XOOM digital money transfer platform has been serving immigrants in the US for over 16 years. XOOM was initially started in the Caribbean, with its Jamaica based headquarters providing a money transfer service to various immigrant groups across the Region.

With the Jamaica Mutual Group as its oldest corporate partner, XOOM now provides money remittance services in over 130 countries with several disbursement options. These include a Cash Pickup service that is similar to Western Union’s. XOOM also offers home delivery to a handful of markets as well as Bill Pay. XOOM's provision of Bill Pay Credit via a pre paid form has also proven to be very popular in some of the markets it serves.

XOOM's now much favored feature service is however, for online deposits directly to recipient’s bank accounts. XOOM has in fact been the leader and pioneer in the field of digital cross border money movement for well over a decade. Having started with its online product offering, Zoom eventually launched and shifted its focus to mobile transfers.

More than 75% of XOOM's current transfers are now being conducted via its mobile app. The service allows customers to conduct very easy downloads of its Pay Pal based service via a mobile app. Customers can link transfers to their bank account or pay for transactions via a credit card. Transferred monies then become immediately accessible by the receiver on their mobile devices for cash pickups, direct deposit to their bank accounts or even applied as a credit towards the payment for their phone’s minutes usage. 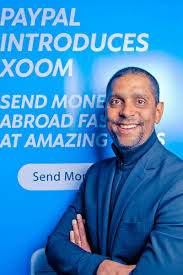 According to its General Manager, Julian King who was in Toronto for the company’s official Canadian launch, XOOM’s highly convenient digital money transfer service availability is a monumental step forward for those who have previously used the cash based store front model. The extremely time consuming, largely inefficient and relatively insecure, cash based store money transfer service dictates that customers go to their bank, withdraw the required funds then go to an actual agent location to make the payment in person. All this while waiting in line, having to fill out the necessary forms and being able to provide the required id. They also then have to check periodically to verify whether or not the money has been collected safely by the designated recipient.

XOOM’s digital mobile app service now effectively and most efficiently bypasses all those time consuming steps by allowing individuals to remit monies in virtual seconds. Having sent their respective transfers, XOOM’s customers are kept fully updated on their status via emails and text messages.

XOOM’s customers are also provided with 24/7 access to a live person customer service contact at the company’s call center available. This is an expression of the company’s complete understanding and appreciation of the fact that when conducting their transfers its XOOm customers are sending much more than just money. Many transfers that are being sent are often the result of the sender having to working six to seven days a week, doing multiple jobs so as to be able to care for their families both in Canada and abroad.

That’s the all important foundation essence behind the business model that XOOM has built. The XOOM business model always puts the Customer and their individual needs first!

XOOM has had very encouraging success so far in most of the markets it has been serving since it’s digital based money transfer service was first introduced. Within the US market some country corridors are now conducting almost 100% of their transactions using XOOM’s digital service, while in others the experienced usage rate is well over 50%.

The overall use of XOOM’s digital mobile app money transfer service is also accelerating at a very encouraging rate. Advances in technology, as well as the fact that the service is being offered by Pay Pal, a very well known and established corporate entity with a high degree of successful transaction record credibility, has provided customers, both actual and potential, with an increasing amount of confidence that their transfers will be safely and securely transacted.

As a company, XOOM takes the security of its customers transfers very seriously. As such, much emphasis has been placed on the need to ensure that customer’s transfers are transacted with the highest possible degree of safety and security. XOOM’s corporate belief is that digital transfers are more secure than those which are cash based for many reasons. That confidence has been expressed in XOOM’s offer of a Money Back Guarantee, should anything untoward occur with a customer’s transfer.

As a Money Transfer provider, XOOM’s emphasis has been on providing a service that is at all time pro customer and pro consumer. XOOM appreciates how important word of mouth is in its target communities, especially those from the Caribbean. The company fully realizes and appreciates that its continued success will very much depend upon its ability to provide its customers with an incredibly outstanding and highly valued service.

That’s been the foundation for the actual noteworthy success XOOM has achieved to date in the US, which it now hopes will be at least repeated if not surpassed in Canada. Although XOOM’s Canadian service availability has only now been in existence for barely two weeks, CEO Julian King says that the response, particularly within Canada’s Caribbean community, has already been extremely positive.

In the relatively short time that has passed since its official Canadian launching, XOOM has already experienced a very strong engagement from members of Canada’s Caribbean community including the media and other prominent individuals that has already produced highly encouraging results. King believes that XOOM’s Launch announced signing of Usain Bolt as its Brand Ambassador may have had some influence on the extent to which the service has been immediately embraced by members of the Canadian Caribbean community.

Says King, Usain Bolt embodies the idea of speed, which is of course one of the largest components of the value proposition XOOM’s digital money transfer service offers. Bolt has been a incredibly positive spokesperson for XOOM’s digital money transfer service, which allows customers to send and receive monies just as fast as he’s run the 100 meters in winning all of his Olympic gold medals and establishing his likely unbeatable world records.

King also expressed his appreciation for the importance of cricket among XOOM’s customers particularly those from the South Asian countries of India, Pakistan, Sri Lanka and Bangaldesh and of course from the Caribbean. As such he fully expects that the company will also find ways to utilize cricket as a promotional tool for the service in much the same way that it has done to date with its outstanding presence on digital television mediums that service the sport. 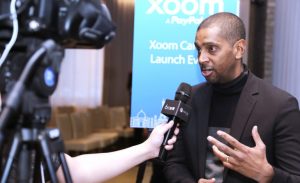 As a Kingston area born and bred Jamaican, Julian King’s first exposure to XOOM’s service was actually as a customer, some thirteen years ago. An urgent need that had arisen for him send money to his mother’s bank account as quickly as possible, which resulted in his utilization of XOOM’s service as the best available option.

According to King after that incredibly satisfactory experience it was essentially “love at first use!” So much so that not too long after he became a XOOM employee.

King’s affinity to XOOM’s service and his fundamental belief in the highly valuable benefits it provides for users, allowed him to quickly move through the company’s corporate ranks, He fulfilled various functional roles, including product development and marketing, en-route to his current position as XOOM’s San Francisco based General Manager.

King also lived in Port-of-Spain Trinidad for a number of years while his father was in service there as Jamaica’s High Commissioner. Having traveled extensively throughout the region, he considers himself to be very well grounded as a “Caribbean man” and sufficiently knowledgeable about the area.

King believes that XOOM’s deep commitment to relentlessly pursuing innovation on behalf of its customers now places it at the very top of the hierarchy of money transfer providers, with all due respect to the likes of Western Union and MoneyGram International. XOOM’s innovation orientation along with the outstanding speed, reliability and affordability of its digital money transfer service places it ahead of all other providers. 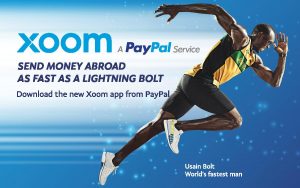