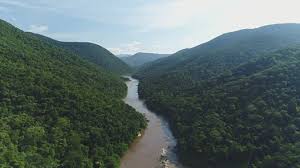 Guyana has been named the #1 “Best of Ecotourism” destination in the world. The award was presented to Guyana at the ITB global travel trade fair in Berlin, Germany. The second annual “Best of Top 100” Awards is a selection of the finest top 100 destinations selected by a panel of experts who reviewed sustainability success stories submitted by destinations worldwide. The newly created “Best of Ecotourism” category was added in 2019 and put Guyana up against very well-known and experienced ecotourism destinations like Sierra Gorda in Mexico, Tmatboey in Cambodia and the Galapagos Islands in Ecuador.

The announcement was made on March 6, 2019 at Berlin’s Messe Berlin exhibition grounds by Mr. Albert Salman, President of Green Destinations Foundation. Mr. Brian T. Mullis, Director of the Guyana Tourism Authority was in attendance to accept the award on behalf of Guyana.

“Guyana has expended considerable effort in recent years not only to develop new and innovative eco-friendly tourism products as a part of the national Green State Development Strategy, but also to incorporate sustainable tourism best practice into all aspects of its strategy, planning and programming while educating the world about its deep commitment to maximising the positive socio-economic and conservation outcomes from tourism,” said Brian T. Mullis, Director of the Guyana Tourism Authority. He continued, “It is a tremendous honour for us to be recognized globally alongside our fellow leaders in eco- and sustainable tourism.”

Guyana is positioned as the next must-see destination for travellers. With daily non-stop flights already available from New York, Miami and Toronto and direct routes available from Europe through sister Caribbean countries, and it being the only English-speaking country in South America, travellers can experience vibrant indigenous culture, rich history, and hospitable and friendly people in the language both parties know best. Guyana has also recently become the first country to adopt the Adventure Travel Trade Association’s International Adventure Travel Guide Qualification & Performance Standards.

When asked about Guyana’s selection as #1 in the “Best of Ecotourism” category, Mr. Albert Salman, President of the Green Destinations Foundation said “The Top 100 Awards Jury was impressed by the dossier prepared by Guyana Tourism Authority for the Top100-nomination and by the success stories submitted of Surama and Rewa. Both these eco lodges have ambitious and admirable goals and successes, are community-owned and led, and aim at preserving Guyana’s ecosystems and indigenous traditions. The Jury also liked that Guyana has a policy of a ‘Green, Inclusive and Prosperous Guyana’ that provides a good quality of life for all its citizens based on a sound education and social protection, low-carbon resilient development, green and decent jobs, economic opportunities, individual equality, justice, and political empowerment.’”

Largely unknown to the world, Guyana is a small South American country that represents six ethnicities and a rich Amerindian culture. Bordered by Brazil, Suriname and Venezuela, Guyana is part of the revered Guiana Shield, one of the world’s most biodiverse regions that includes many endemic species and South America’s ‘Land of the Giants.’ Guyana possesses Atlantic beaches to the north, staggering mountain ranges to the west, never-ending savannahs to the south and 18% of the world’s tropical rainforests. It’s an untapped playground for explorers and adventure seekers.