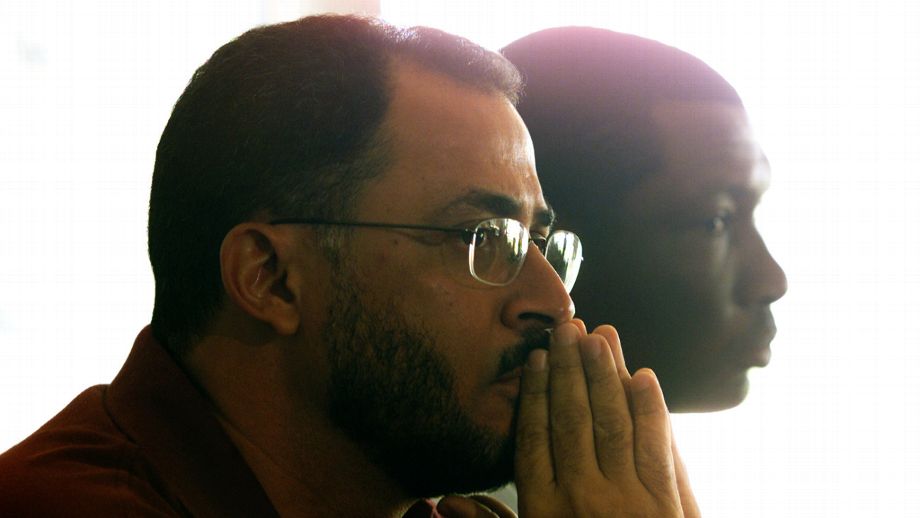 Dave Cameron's controversial reign as the Cricket West Indies president has finally come an end after six years. Pitted against just one challenger, former West Indies team manager Ricky Skerritt, Cameron lost by an 8-4 margin after the elections were conducted through a secret ballot on Sunday.

Emmanuel Nanthan, who was also standing for a fourth term as Cameron's deputy, was beaten by the same margin by Kishore Shallow, an entrepreneur and president of the St Vincent & The Grenadines Cricket Association. Both Skerritt, who is 62, and Shallow, 35, are also CWI directors.

Cameron had to swallow the embarrassment of defeat on home turf - he is understood to have moved the CWI annual general meeting to Jamaica. The turnaround might have come as a shock for Cameron, who was part of the CWI for 17 years, and took charge as board president in March 2013 replacing Julien Hunte, before which he was a vice-president of the board. Cameron served in the president's seat for three terms.

Incidentally, when the nominations for the elections were closed on February 24, Cameron and Nanthan were nominated twice: by the Windward Islands Cricket Board of Control (WICBC) and seconded by the Guyana Cricket Board (GCB), with the second hand of backing coming from his native Jamaica Cricket Association (JCA), subsequently seconded by the Barbados Cricket Association (BCA).

ESPNcricinfo understands that before the elections began on Sunday, one of the two representatives from TTCB raised a motion to conduct the voting through a secret ballot. It received majority support, thus deepening the mystery over who exactly voted for Cameron or Skerritt.

On February 21, Skerritt announced his intention to challenge the Cameron administration, motivated primarily to nip the latter's plan to "implement sweeping changes to the democratic process of decision-making" in Caribbean cricket. Skerritt said Cameron's desire to take "executive control" was "troubling".

"His desire to lead CWI as a full-time executive, is not reflective of the West Indies cricket ethos," Skerritt and Shallow had said in an inaugural email to launch their campaign. "By advancing his plans for an autocratic leadership structure, which marginalises the role of commercially recruited executives, the incumbent has placed his personal thinking diametrically opposed to the values of West Indies cricket."

In their manifesto, Skerritt and Shallow also stated that they would propose capping the tenure of the CWI presidency to a maximum of six years. "I am convinced that a presidential term limit will remove much of the uncertainty and anxiety caused by the cricket politics and excesses that too often surround the office of president," Shallow had said at the time.

In a parting note, issued by CWI, Cameron and Nanthan noted the board members had "trusted" them to "safeguard" the West Indies team, "the region's most valuable asset".

Listing some of their achievements, the pair said they were "happy" to be leaving having handed contracts to 123 players, creating a "home" for the board at Coolidge Cricket Grounds in Antigua, overseeing West Indies men's team winning the recent Test series against England at home and the "world championships" which included the twin men's World T20s titles which Darren Sammy's team won in 2012 and 2016 as well as the women's World T20 and Under-19 World Cup in 2016.

"More than anything else we have a fit youthful team that is prepared to face the world," Cameron and Nanthan said in the statement.

It remains to be seen, though, whether the players, especially some of the senior ones like Sammy, would agree with Cameron's self-appraisal. Sammy is among several senior West Indies players who have had fallouts with Cameron. The biggest player revolt against Cameron took place in 2014 when Dwayne Bravo and his squad decided to abandon the tour of India over contractual disputes with CWI.

Cameron also played a big role in the suspension and eventual sacking of head coach Phil Simmons in 2016 under controversial circumstances. Simmons, who is currently Afghanistan coach, has claimed damages worth more than US $300,000. Simmons said he was seeking damages for constructive dismissal.

More recently, Cameron played a big hand in getting Richard Pybus as the interim head coach at least until August, a period that encompasses the 2019 World Cup and India's visit to the Caribbean. His appointment came in the wake of Stuart Law leaving the position last December, despite his contract being till the upcoming World Cup, which will be held from May to July.

Pybus, who was West Indies' high-performance director, has never been popular in the Caribbean, with former West Indies opener Desmond Haynespublicly asking Cameron whether the job had been advertised