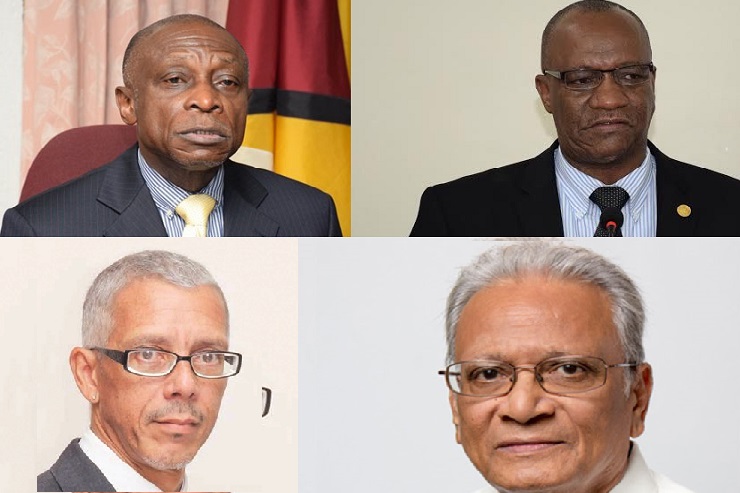 Four Parliamentarians in Guyana, all of whom were ministers, have resigned ahead of the first sitting of the National Assembly since the government lost a no-confidence vote last year.

Their resignations, which President David Granger said he has accepted, follow rulings in two courts that persons holding dual citizenship are not qualified to sit in the National Assembly. The issue had engaged the attention of the court when the coalition government challenged the validity of the no-confidence motion passed against it on December 21, 2018 when then government backbencher Charrandass Persaud, who has Canadian citizenship, voted with the Opposition.

The High Court upheld the validity of the motion and issued a ruling on the dual citizenship issue, but the Court of Appeal subsequently invalidated the motion last month, saying an absolute majority of 34 votes, and not the 33 counted in the vote, was needed for it to pass in the 65-member National Assembly. The Opposition People’s Progressive Party (PPP) has challenged that ruling at the Caribbean Court of Justice (CCJ), Guyana’s highest court, and has insisted it will boycott sittings of the National Assembly until judgment is handed down in the matter.

Opposition Leader Bharrat Jagdeo has also insisted that it is precisely because they do not intend to return to the National Assembly, that the PPP MPs with dual citizenship will not resign.

Minister of State Joseph Harmon had said that dual citizens on the government side would not resign, triggering condemnation from Jagdeo who accused the government of being “duplicitous”.

“That will be illegal, immoral and unheard of that you want the Opposition to comply with a ruling but you don’t want to do it,” he said on local radio.

“So on one hand they sought to invalidate Charrandass’s vote on the basis that he was a dual citizen and now they will rely on the vote of dual citizens to pass bills although two courts have ruled that it is illegal.”

In a brief statement issued this morning, the government said that it is committed to the upholding of the Constitution and the March 22, 2019 ruling of the Court of Appeal.

“In this regard, as of Monday, April 1, 2019, His Excellency David Granger, President of the Cooperative Republic of Guyana, has received and accepted the resignation of all coalition Members of Parliament who are holders of dual citizenship. These members will not be returning to Parliament when it reconvenes on April 11, 2019,” it stated.