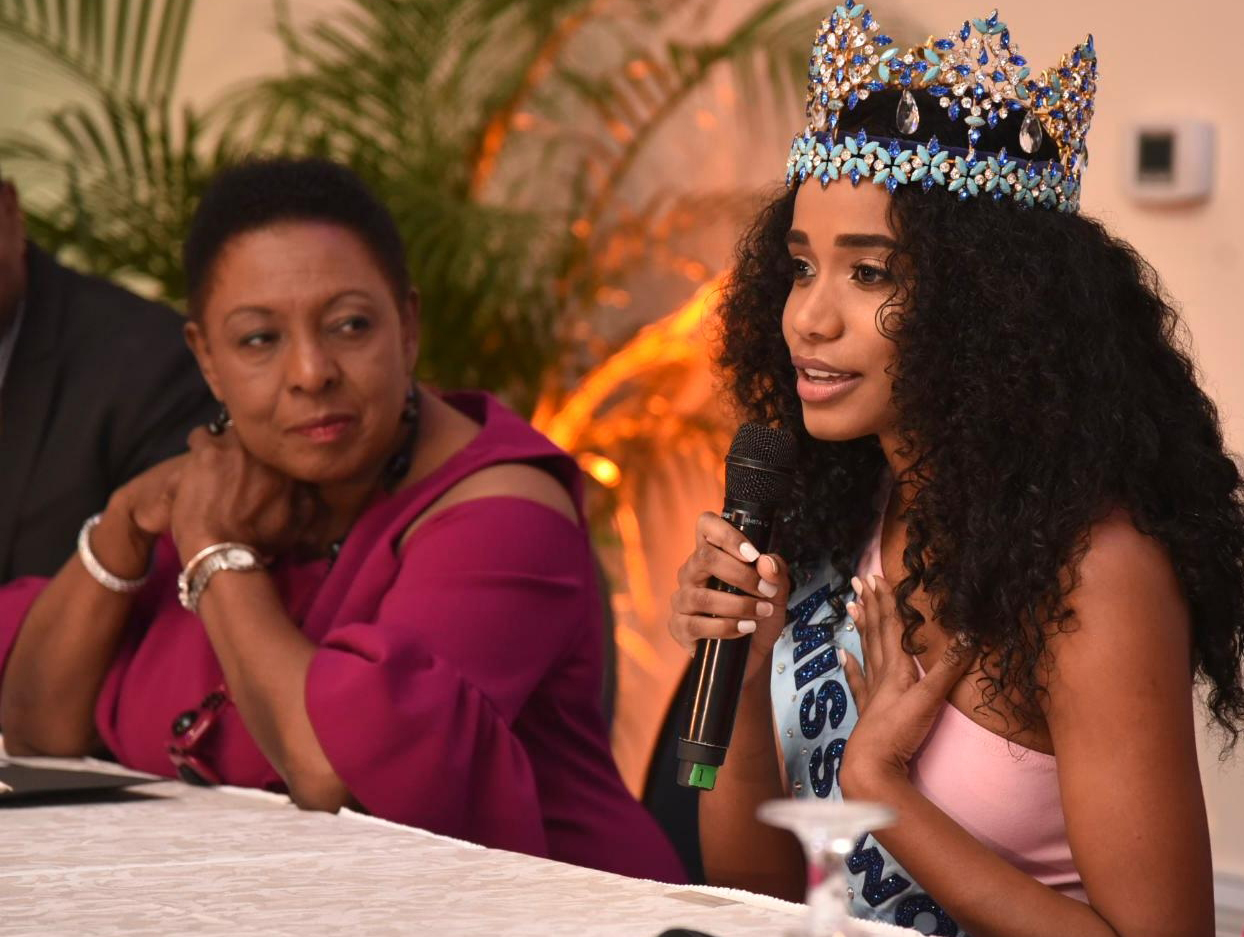 If chairman and CEO of the Miss World organisation Julia Morley had her way, Jamaica would be the host of the 70th anniversary of the international beauty pageant come next year.

Speaking at a December 21 Press Conference at the Jamaica Pegasus hotel, Morley noted that she would have no hesitation in bringing the pageant to Jamaica, but due to the hefty price tag associated with staging the event, the Jamaican Government would need to take all the factors into consideration before making such a decision.

“To be honest if I could come to Jamaica, I would say yes tomorrow. I’d cancel everybody else, that’s the truth. It is costly and the Government would have to look at the cost and weigh it up against the needs are here,” she said.

“The reason they have to pay us is because it costs me a lot of money to get everybody here. It does cost money and you have to be prepared to put that in. But if you put that in you get so much out of it because we spend a month showing everybody what Jamaica is about; what the people are about; what Blue Mountains are about; what Ocho Rios is about; what your food is like. It’s up to you but you’ve got to see if you can afford to do it… I’d do anything to get it here, but I have to be realistic as I can’t run on nothing. Let’s hope one day we can get it here,” Morley continued.

“In defence of Miss World for the Jamaican people, China asked us to come to China and help them promote a place called Sanya, it was Hainan Island. There were no visitors, absolutely empty. One small hotel, one being built that was called the Sheraton, we stayed in that. Having put the show on there, the next year they wanted us to stay and the next year and the next year. Let me tell you tourism went zooming up, not because they had anything more special than you did. You’ve got beautiful beaches; you’ve got surroundings that everyone would love; but you need to let people know the door is open. So if we can show the good side, which is the majority of places and people here, we can do it, but at the same time people would go mad at your government if they paid us to do it,” said Morley.

Culture Minister Olivia “Babsy” Grange weighed in on the discussion, noting that she is hopeful that the international pageant could be staged here.