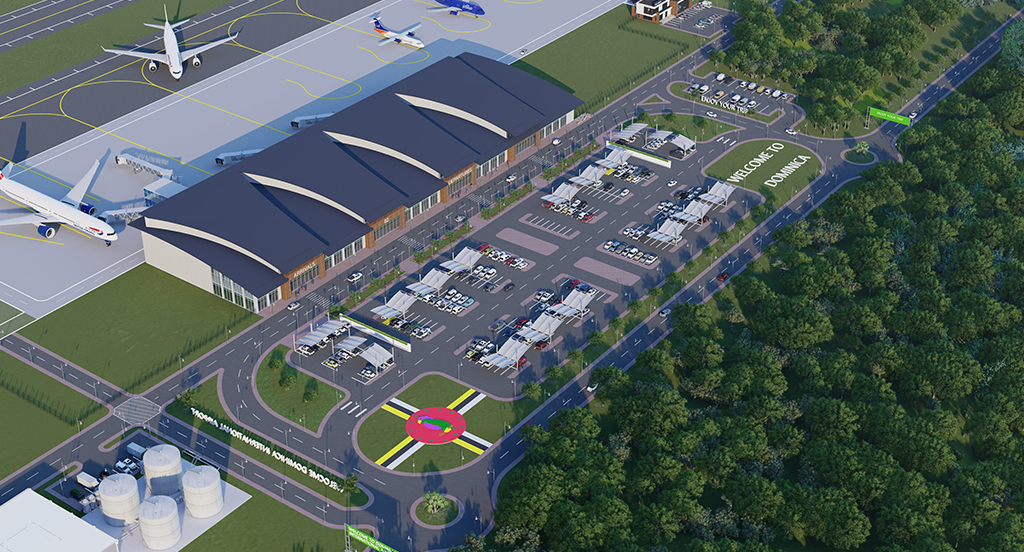 On June 9th, the government of Dominica signed an agreement with the UAE-based firm Montreal Management Consultants Est. (MMCE) to officially break ground on the highly-anticipated international airport.

The Dominica International Airport project has been undertaken by several administrations in Dominica hoping to get it off the runway during their tenure. But several blips such as powerful hurricanes, fiscal problems, and most recently the COVID-19 pandemic, have caused that ambition to be put to a standstill.

“Today we walk forward into the future, a future that for generations we have talked about.  After today, the airport should begin to rise [up] from the ground, then from the ground to the air,” Skerrit said in his speech at the signing ceremony held at the Windsor Park Stadium.

The project, with an estimated cost of one billion Eastern Caribbean dollars, will see a five-year construction timeline in five phases. By 2025, Dominica is expected to welcome inbound international flights from Europe and the United States.

Dominica’s new airport will observe a set of “resilient construction standards,” and will be equipped with air bridges. It will also be fully outfitted to receive international passengers and cargo, Skerrit said.

In his remarks, MMCE Chief Executive Officer Dr. Anthony Haiden announced that “the most sophisticated methods developed in the construction industry” will be used to build the “best airport in the region.”

“The Dominica International Airport Project is the biggest contracted project not only in the history of Dominica but also in the history of the Eastern Caribbean region,” Haiden stated. “[And] MMCE is privileged to contribute to this history-making initiative as we embark on a legendary project.”

MMCE has been at the forefront of a number of housing development and infrastructure projects in Dominica since 2016. These were funded by the nation’s Citizenship by Investment (CBI) Programme.

The new airport will also be primarily financed by the same investment programme.

Hundreds of Dominicans will be given permanent job opportunities once the airport is complete.

“It will open up opportunities for a range of providers of goods and services, from caterers to fuel providers, and from maintenance to spa services,” Skerrit said.

Aside from the direct jobs in the airport, the new project is also seen to encourage other sectors, such as transport and tourism, to generate more jobs in their respective fields, creating a thriving economy in the 43-year-old Caribbean republic.

The new airport will be “Dominica’s door to the world, and the world’s gateway to a dynamic Dominica,” Skerrit added.