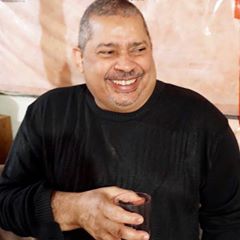 West Indies’ cricket supporters the world over must now be joyously celebrating the team’s magnificent, nail-biting, one-wicket victory over Pakistan in the August 12-15 first Test of the two-match Series. And rightfully so!

Chasing the challenging total of 168 for victory they were set by Pakistan, the West Indies scraped home by means of an unbeaten 10th wicket partnership between Kemar Roach (30*) and last man pacer Jayden Seales (2*). To the absolutely joyful delight of the few groundsmen turned spectators physically present at the ground and hundreds for thousands more who were tuned in via television and radio, their partnership posted the 13 runs that were still required for victory after the West Indies had lost its ninth wicket with the score on 151.

As sweet a victory as it was undoubtedly, the West Indies win was in actual fact almost only the icing on top of a rather delicious cake of several very encouraging performances by both its batsmen and bowlers during the Test. Having won the toss and sent Pakistan in to add, the West Indies bowled superbly on a supportive pitch to restrict the Pakistanis to a moderate first innings total of 217.

Jason Holder 3/26 from 15.3 overs, Jayden Seales 3/70-16, and Kemar Roach 2/47 – 16 were all impressively immaculate in their respective lines and lengths, Seales in particular bowled with good pace, regularly clocking delivery speeds in excess of 140 kph. Kyle Mayers’ medium pace again proved useful yielding returns of 1/28-14. There was, however only a single over bowled by the front-line spinner Jomel Warrican compared to the eight from the part-time off-spinner Royston Chase.

Replying to Pakistan’s posted 217, the West Indies were eventually dismissed for a first innings total of 253. Skipper Kraigg Brathwaite had a wonderful return to form with a very well composed 97, falling just three runs short of a well-deserved century by virtue of that most unfortunate and unwelcomed manner of dismissal, run-out by an opposing fielder, in this instance Pakistan’s Hasan Ali.

Jason Holder (58) also chipped in with yet another half-century, while Royston Chase (21), Jermaine Blackwood (22), and Joshua DaSilva (21) were all found guilty of failing to capitalize fully on fairly useful starts. There were however, worrying failures by Kieran Powell, Nkrumah Bonner and Kyle Mayers who all registered noughts, failing to trouble the scorers to any degree in the process.

Pakistan’s second innings was all about the superb bowling of Jayden Seales, well supported as usual by the irrepressible Kemar Roach. Playing in only his second Test, the nineteen-year-old Seales had returns of 5/55 off of 15.4 high paced, impressively accurate overs. Becoming in the process the youngest ever West Indies bowler to capture five wickets in a Test Innings. He was again ably supported by Roach who claimed 3/30-19. Together they helped the West Indies to skittle Pakistan out for a paltry second innings score of only 203. Holder (1/36-18) and Mayers (1/33-15) both chipped in with wickets of their own but again neither of the two main spinners used, Chase (0/12-6) or Warrican (0/28-7) contributed anything at all in terms of wickets taken.

Chasing a challenging 168 to win with loads of time available, almost three-quarters of the fourth day and the full fifth remaining, the West Indies were initially jolted in their response by some superb Pakistan bowling. Kieran Powell avoided a dreaded second duck with a streaky edge that went through slips for four but looked completely at sea to Shaheen Afridi’s prodigious swing bowled at extreme pace. It came as now surprise therefore when he was eventually given out however, dubious Umpire Brathwaite’s reviewed Umpire’s Call lbw decision may have been.

Skipper Brathwaite (2) and Nkrumah Bonner also both fell to Afridi’s probing pace, the former caught behind fishing at a delivery pitched outside of his off-stump and the latter bowled off the inside edge, playing with his bat visibly too far away from his body.

Brathwaite caught behind, although the edge was thick enough to be clearly visible even in real time, was initially given not out by his namesake and fellow Barbadian as the adjudicating umpire. It was instantly reviewed by the Pakistanis and inevitably overturned.

Yet another addition to the rather embarrassing list of overturned decisions made by Umpire Brathwaite during Test. Occurrences that have long since become far too frequent a characteristic of almost every Test he has officiated within recent times.

Jermaine Blackwood’s 55 was the pick of the West Indies’ second innings batting, but he was again found guilty of very poor shot selection, as he had been in his first turn at bat. Whereas in the first innings he had played a lofted shot straight into mid-off’s lap, in the second he provided the wicket-keeper with similarly easy catching practice, needlessly dabbing at a delivery that was pitched wide of his off stump to be caught behind.

In addition to the bowling of Seales and Roach, Holder’s outstanding all-round performances with both bat and ball and the respective first and second innings batting of Brathwaite and Blackwood, the other very positive feature from the West Indies during the Test was Joshua DaSilva’s markedly improved wicket-keeping. DaSilva snared eight catches during the Test several of which were simply outstanding.

Despite all the positives that can be gleaned from the West Indies first Test performance as our headline indicates, however there was still enough evidence to suggest at least one seemingly compulsory change to the team’s composition for the August 20-24th 2nd Test. Jomel Warrican’s non-contribution as a spinner, in terms of wickets captured, should result in his replacement by Alzharri Joseph as a fourth seamer.

The lack of any immediately obvious alternatives as his replacement will likely result in Kieran Powell being given another chance at the top of the order. Shai Hope could however, also come into the final XI as Bonner’s replacement, given the latter’s failure in both innings of the first Test.

Shamarh Brooks who scored such a magnificent century in the pre-Test Trial was also a member of the initial 17 man squad, Although he was omitted from the 13 that were chosen for the first Test, he could now find himself back in the reckoning as a result of all the top order failures.

Whether the Selectors will agree to these suggested changes remains to be seen. In the interim West Indies supporters, ourselves included, will continue to revel in celebrating the first Test victory with hopes of a far more comprehensive and much less nerve- wracking win in the forthcoming 2nd Test.

Hopefully the weather will also be perfect throughout the entire 2nd Test with no rain interruptions whatsoever. Only then will we be assured of being spared the embarrassment of having to witness images of Sabina Park groundsmen attempting to remove pools of water in the outfield with pieces of sponge.

In these contemporary times when motorized super soppers are standard equipment for most other international cricket venues, including many of those within the region, surely this is not the type of imagery that Jamaica would be happy to have broadcasted via television to millions of world wide viewers, as it was during the first Test. Hopefully it is an anomaly that will soon be addressed, perhaps through the assistance of provided corporate financial support.

Guyana born Reds (Perreira) has served as a world recognized West Indies Cricket Commentator for well over fifty-years now, having made his debut broadcast during the 1971 West Indies-India Test Series. 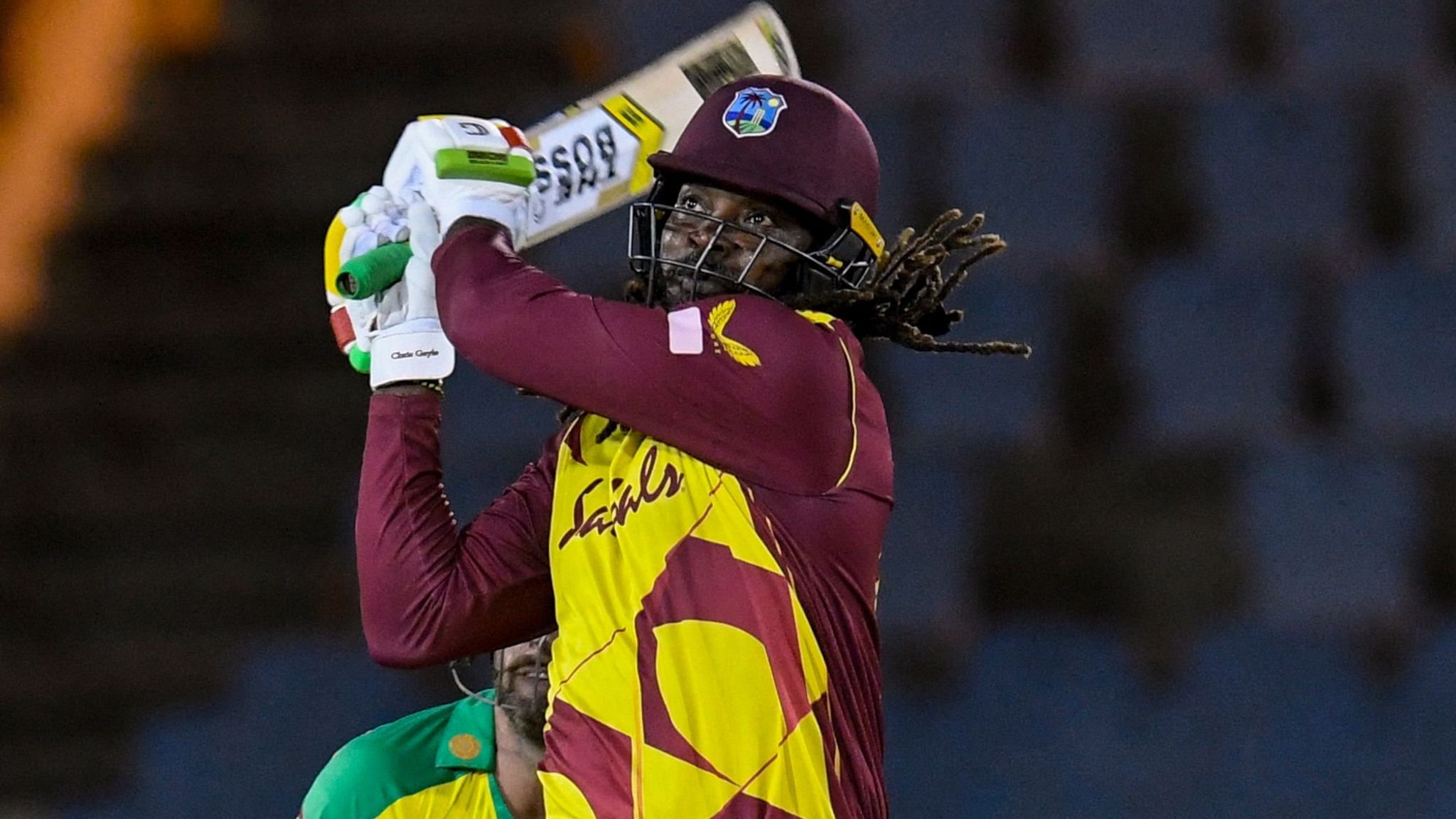 By Tony McWatt “Welcome Back,”