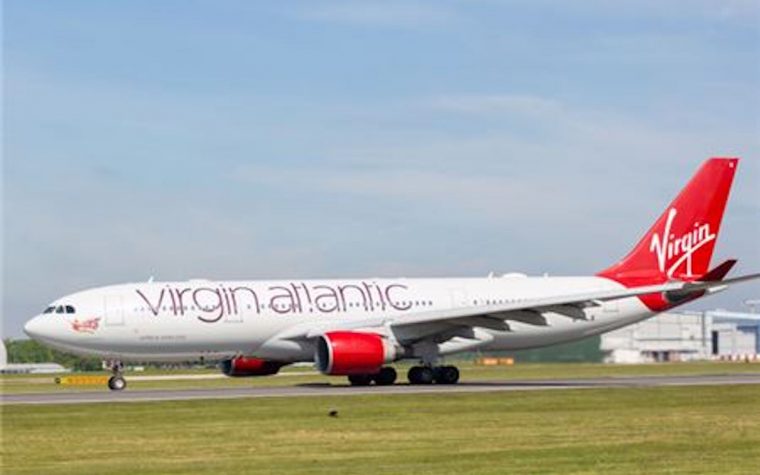 A major airline in Barbados’ main source of tourists could be coming back to Bridgetown in a matter of months, the carrier has recently announced.

As countries start to lift travel restrictions and demand for travel gradually begins to return, Virgin Atlantic said it expects to increase flights in the second half of the year, with a further, gradual recovery through 2021.

In a press release where Virgin Atlantic confirmed its Caribbean schedule to London Heathrow, using the main London airport to allow seamless connections to the rest of the Virgin network.

When flying resumes “post COVID-19”, Barbados will be joined by Antigua, Tobago, Grenada, Havana and Montego Bay services out of Heathrow, the airline said.

The release also indicated that Barbados services will continue to operate from Manchester, Virgin Atlantic’s home in the north of England.

Yuli Thompson, Vice President, North America and International at Virgin Atlantic said the airline’s commitment to serving the Caribbean remains strong for all customers, including holidaymakers and visiting friends and relatives.

“Our Summer 2021 flying programme from London Heathrow ensures a seamless flying experience in either direction, combined with a significant choice of onward connections beyond London Heathrow,”  Thompson said.

He said: “We have taken the opportunity to pause, reflect and reshape our 2021 flying programme looking at efficiencies in our fleet and connectivity across our network, to ensure it is fit for the future, flying to destinations we know our customers love.

“We’re delighted that our popular Tel Aviv service, which launched September 2019, will now increase to double daily, whilst regional flying from Manchester, Glasgow and Belfast will continue to play an important part in offering choice to customers and connecting UK travellers to Orlando, Barbados, New York and Los Angeles.”

The carrier announced it has stopped flying its iconic original ‘jumbo jets’, the seven Boeing 747-400.

It has promised a “simplified, greener fleet” of 36 two-engine jet aircraft in a bid to reduce greenhouse gas emissions by an estimated further ten per cent, building on the 18 per cent efficiency it said it already achieved between 2007 and 2019.