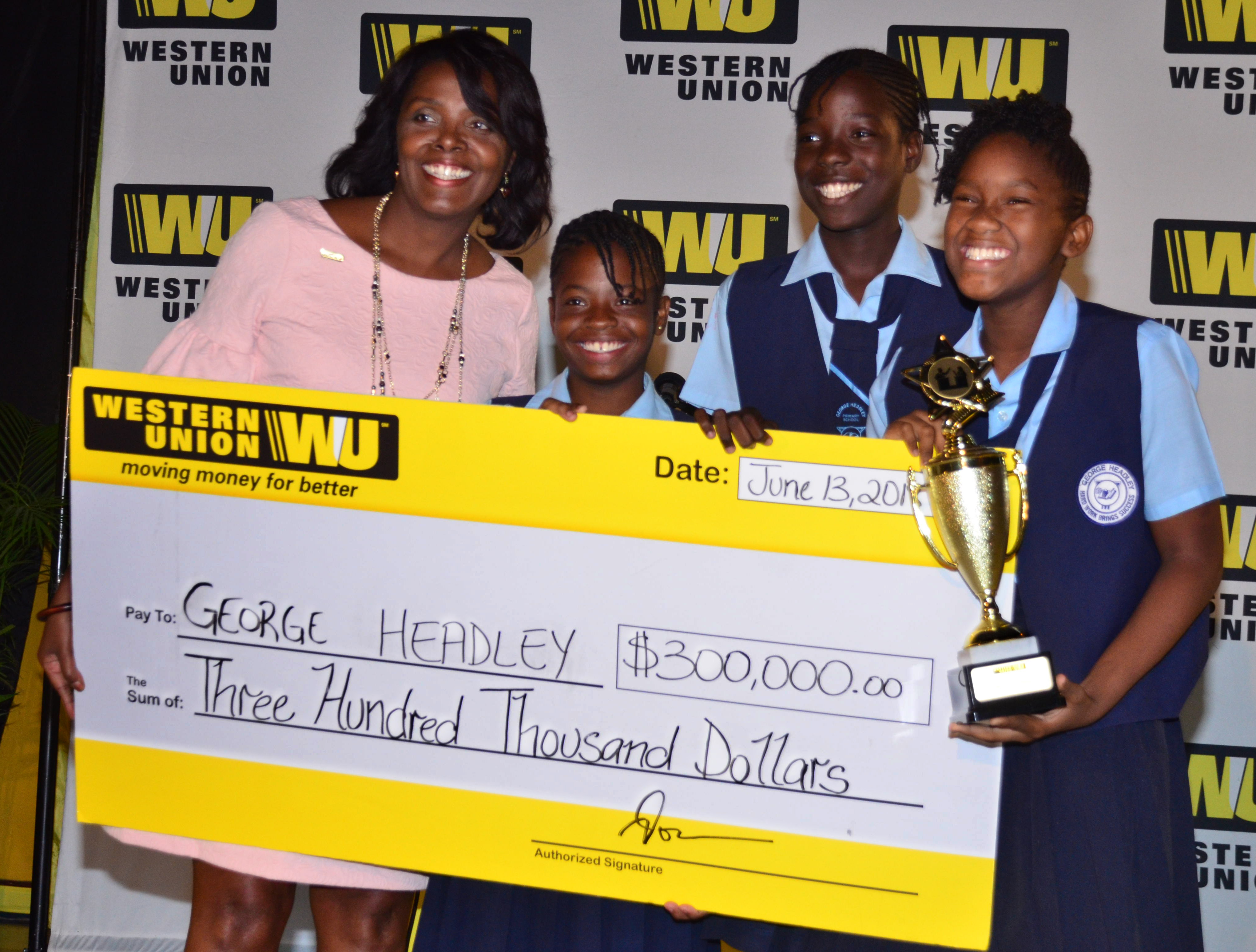 "As we said in the semi-finals, we were going to take home the trophy.

And so we did. So said, so done.” That was the reaction from Mickela Samuels, a member of the

Avenue Primary in the final to claim their second consecutive hold on the debating crown. Corinaldi

Avenue also lost to George Headley in the 2017 final.

throughout the competition and, according to their coach Andre Plummer that confidence came as a

result of a year of hard work. ”We were preparing and working hard with these students and to win

another title shows us that we are doing the right thing, we have the formula,” said an elated Plummer.

Corinaldi Avenue did not walk away empty-handed as Honessa Clayton won the title of best speaker.

The other members of the team are Leon Martin and Nathan Morrison.

The teams debated the moot, “Be it resolved: Single-sex schools are better than co-educational

institutions”. George Headley were the proposers.

Along with the champion’s trophy, George Headley won a cash prize of J$300,000 and gift bags.

reaffirmed the company’s commitment to the competition and primary education. “The debate

expressions, and be able to hold contending views in an organized and competitive atmosphere,” she

Sixteen primary schools from across the island participated in this year’s month-long competition.

The Western Union I PLEDGE ( I promise to Lend Encouragement to Develop Growth in Education)  focuses on developing literacy skills among primary school children through three main components: a reading week; an essay writing competition and a primary schools debate competition.

Can The Caribbean’s Hosting Of The 2018 Women’s World Cup Be A Catalyst For The Development Of Canadian Women’s Cricket?

WINDIES TAKE A BREAK BEFORE AUGUST; ICC WT20 JUST OVER 100 DAYS AWAY